Club Z! offers highly qualified, experienced tutors in Los Angeles, California to meet all of your tutoring and test preparation needs. Whether your child is struggling with math subjects such as algebra, geometry, and calculus or science subjects such as biology, chemistry, and physics, our experienced tutoring staff will help your child achieve their academic goals. On average students that are enrolled in Club Z! tutoring increase their grades by two full letters in as little as 60 days! Students that receive test preparation for the SAT see their scores increase by over 160 points and students that receive test preparation for the ACT see their score increase by four cumulative points. Our Los Angeles,California tutors work with students one-on-one in-home and online and can provide everything from homework help and test preparation, to building lifelong study skills or even learning a new language. Our online tutoring is offered on Club Z!’s proprietary platform. Our online platform is a two-way video chat where both student and tutor can interact in real time the same as they would with an in-home session. Your student and their tutor have access to our interactive whiteboard where they can work on problems together live. 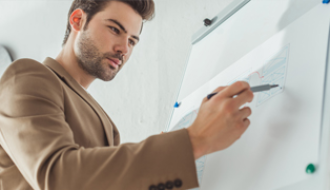 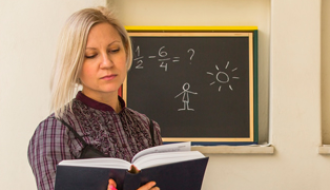 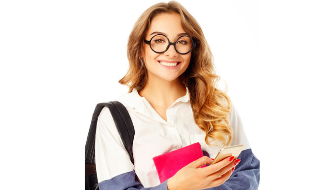 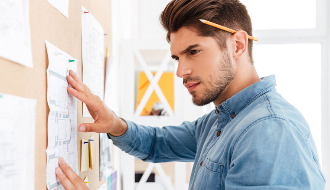 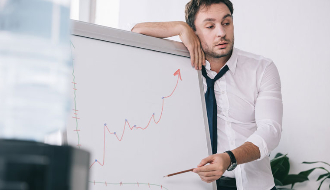 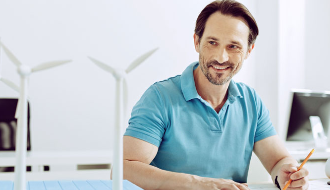 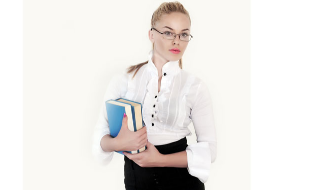 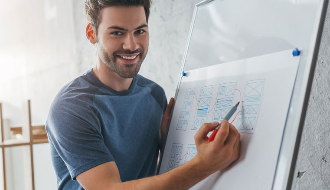 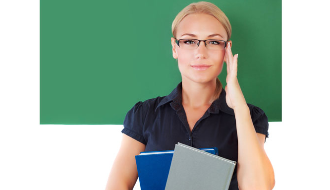 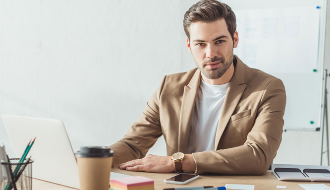 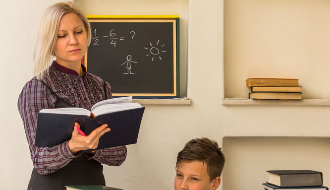 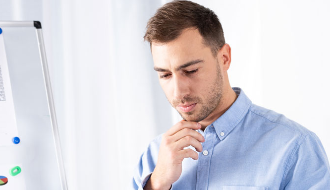 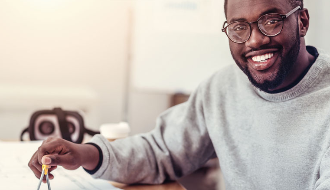 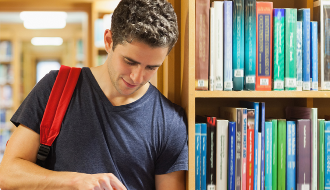 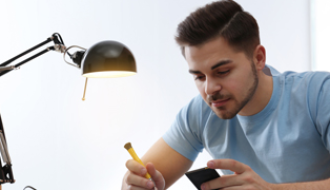 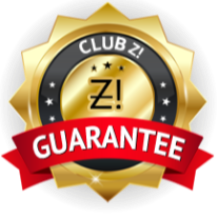 What our Clients Says

Thank you Club Z! for helping me raise my score 270 points! The most helpful strategies for me were the pretest self-motivation and exercises. I also found the visualization tactics for memorizing concepts and vocabulary extremely useful. I now routinely do this for tests in college.

I cannot express my gratitude in words. My son has been struggling in Math since he was in the 4 grade...he's in the 7 grade now. His grades were consistently dropping and I was desperate for help. Club Z and his tutor Marc have helped him tenfold. His average went from a 75 to 90% in the matter of the few months since he had help. Marc works above and beyond to help my son. The fee for in-home tutoring is a little pricey but if it helps my son it's worth it. I love Club Z!!

I absolutely love Club Z. They were great with my kids. Very personal and the fact that they come to your home is amazing! I have referred all my friends to Club Z!

I was very pleased with the tutoring services of Club Z. I felt both tutors my 14 year old son worked with were well informed, enthusiastic, engaging and connected well with my son. They worked collaboratively with him to set goals and expectations. They were flexible as to which subject to work on for each session. They were also flexible with scheduling. Most importantly, they were genuinely concerned about my son's progress. I would highly recommend Club Z's services!

My daughter began Geometry Tutoring with a D. Within one month her grade was a B. The tutor was a perfect match for my daughter.

I recommend Club Z to everyone who is looking for a tutor. Our tutor Stoney Medlin is the best. He was perfectly matched for my son. My son has problems with math and reading and he has improved with Stoney's help. Keep up the good work Stoney and Club Z.

I worked with a Club Z! tutor on the GMAT and couldn't be happier! He helped me improve my score by 100 points in under two months of working with him. He created an individualized plan for me to review/learn. He caters his teaching style to each student and is able to simplify complex math and verbal problems. I came in with almost no prior prep and my tutor was able to get me up to speed on all things GMAT in a timely and efficient manner.

I would recommend Club Z to everybody. Mike is our daughter’s tutor and he is great. He is very knowledgeable and has wonderful teaching skills. He works so well with her. Mike, you're awesome. Thank You Club Z.

I used Club Z! In-home tutoring for my son to prep for his SAT'S. I feel it was the best thing for my son. It taught my son the in's and out's of taking that test an he results were awesome!! I would highly recommend club Z. Happy Mom

I enjoyed working for Club Z Tutoring, The hours were flexible and the families I worked for were very supportive of their child's education and my time spent with them. There was a positive work environment, very professional. My boss was wonderful to work for. She was extremely helpful making sure that we always had open communication. There was open communication between tutor, family, child, and my boss.

We have had two tutors through Club Z for my son and both of them have been amazing! We saw his reading lvl go from below grade lvl to 2 levels above grade level in a year and are now returning to them for his writing skills and in a few short months have seen his grades and more importantly attitude about learning improving. They have an amazing staff who manage to keep our son engaged an actually look forward to learning ( not an easy task). This is hands down the best investment I've made!

There's no words to explain or describe how excited I am for my son right now... He's come a long way... Seeing him struggled really broke my heart... I decided to hire a Tutor from ClubZ in-home tutoring to help me,and my mom get him back on the right track!!

am a school counselor. Some of my students need more help than can give them, especially in the area of study skills. Club Z is quick, responds to any special requests, and gets the job done for my students and for me!

I contacted Club Z tutoring to help me with finals for a math class I was in while I was in college because I was not confident in my skills. Dennis worked hard to find a tutor that specialized in the class to help me succeed. I thank Club Z for the boost of confidence to help me pass my exam and excel in the course! Would recommend the services to anyone who needs the extra boost in any course that brings difficulties.

I was shocked when I saw my score increase 6 points! I really struggled in the math section but my tutor Matt taught me how to use shortcuts to improve in the math section. Thanks to the Club Z! Ivy Program, I was able to go into the ACT with con dence.

My daughter loves it. She looks forward to her tutoring sessions,and this is over the summer break !!! She even comes home and starts to practice what she learned from each lesson. Couldn't ask for more than that !!! Thank you Club Z !!!

Why We Help Students in Los Angeles, California Succeed

Los Angeles is known by many names such as the City of Angels and La La Land to name a few, and it is the country’s second most populous city. L.A.’s eclectic range of city-living, natural wonders, sprawling film industry and surfer-friendly beaches attract a diverse population of over 10 million Angelenos.

The city’s surrounding area, Los Angeles County, is the largest county in the country. Some of the most popular locations in L.A. include famous names like Beverly Hills, Hollywood, Malibu, Santa Monica and Venice. Some of the most populous cities in L.A. county are Long Beach, Glendale, Santa Clarita, Lancaster, Palmdale, Pasadena and Inglewood. These cities are home to some of the highest-rated middle and high schools in California.

The Los Angeles Unified School District is California’s largest public school district and the second largest in the country, serving over 735,000 students and 26,000 teachers. Some of the district’s top public schools include Troy High School, Northwood High School, University High School and Oxford Academy. Charter schools are another popular option in L.A. county, with top schools such as Granada Hills Charter, High Tech Los Angeles, Palisades Charter High, New West Charter and Da Vinci Science. L.A.’s private schools are among the most exclusive in the country and offer the best chances of securing elite college admissions with schools such as The Archer School for Girls, Brentwood School, Carlthorp School, Harvard-Westlake School and Geffen Academy at UCLA.

L.A.’s future moguls begin their journey with well-rounded experiences and by spending quality time expanding and engaging their interests. With the area’s rich culture, history, gorgeous beaches and major tourist attractions, Los Angeles County has a wealth of opportunities for growing minds.

Griffith Park is located amidst the Santa Monica Mountains and covers over 4,310 acres of land. Established in 1896, and sometimes referred to as the Central Park of Los Angeles, Griffith Park is still the second-largest park in California and one of the largest in the nation. Popular attractions in Griffith Park include Griffith Observatory (a great viewing platform for the Hollywood Sign), Greek Theatre, Live Steamers Railroad Museum, L.A. Zoo and Travel Town Museum.

Santa Monica Pier is not too far from the metro areas of the city of Los Angeles, and the nearby beaches and attractions have served locals and tourists for over 100 years. Pacific Park, located along the pier, is a family amusement park with an impressive solar powered ferris wheel, original 1920’s-style carousel hippodrome, aquarium, trapeze school and world-class restaurants.

The J. Paul Getty Museum, known by locals as the Getty, is an art museum tucked away on a hill above Sepulveda Pass and the I-405 highway. The Getty is known for its breathtaking views of the Brentwood area and an art collection that ranges from the Middle Ages to present day.
L.A. is one of America’s biggest and brightest cities and its local sports teams echo that sentiment.Many of the major sports leagues have several teams from the same sport in L.A.. Overall, Los Angeles has eleven major league teams. From the Los Angeles Lakes and Los Angeles Clippers of the NBA, to the Rams and Chargers of the NFL, the Anaheim Ducks and Kings from the NHL, the Angels and Dodgers of the MLB, L.A. FC and L.A. Galaxy in MLS and the WNBA team Sparks - L.A. has no shortage of top-tier athletic entertainment.

With so much to do in the Los Angeles area, it can be hard to maintain focus. Club-Z! Tutoring will keep students on the right track with online or in-home tutoring with one-on-one, private instruction and test preparation.

Get to Know Us