Club Z! offers highly qualified, experienced tutors in St. Louis, Missouri to meet all of your tutoring and test preparation needs. Whether your child is struggling with math subjects such as algebra, geometry, and calculus or science subjects such as biology, chemistry, and physics, our experienced tutoring staff will help your child achieve their academic goals. On average students that are enrolled in Club Z! tutoring increase their grades by two full letters in as little as 60 days! Students that receive test preparation for the SAT see their scores increase by over 160 points and students that receive test preparation for the ACT see their score increase by four cumulative points. Our St. Louis,Missouri tutors work with students one-on-one in-home and online and can provide everything from homework help and test preparation, to building lifelong study skills or even learning a new language. Our online tutoring is offered on Club Z!’s proprietary platform. Our online platform is a two-way video chat where both student and tutor can interact in real time the same as they would with an in-home session. Your student and their tutor have access to our interactive whiteboard where they can work on problems together live.

Club Z! Tutoring has been an industry leading tutoring company for more than 20 years and provides your student in St. Louis, Missouri with nothing but the most certified tutors and a personalized tutoring program tailored to your student’s specific academic needs. Our St. Louis, Missouri tutors are experts in their subject area and are carefully matched with students based on educational needs and preferences, using our proprietary “Z! Tutor Match” system. Many of our St. Louis, Missouri tutors are certified teachers, and all have successfully met our stringent qualification requirements. Also, our tutors are thoroughly screened, and background checked before hiring. With our “Z! Guarantee” you get the right tutor every time, guaranteed! Our talented tutors will help your student in St. Louis, Missouri get the grades he or she deserves at an affordable price. With options ranging from hour by hour tutoring to bundled hour packages, you control the frequency of tutoring to meet your child’s needs perfectly. Our proven programs help build self-confidence, and lead to better grades in the classroom and higher test scores on the SAT, ACT, and other standardized tests. Fill out the form or select your own St. Louis, Missouri tutor today! 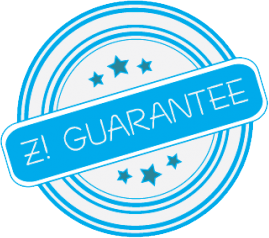 Why We Help Students in St. Louis, Missouri Succeed

St. Louis, the Gateway to the West, is a historic city situated along the scenic Mississippi River. Established in 1764 by fur traders and named after King Louis IX of France, St. Louis is a major metropolitan area hosting some of the best schools in Missouri.

College admissions in Missouri are competitive and the local universities attract nationwide applicants. Standing out on an application requires excellent test scores on standardized tests like the MAP, ACT and SAT. A tutoring plan for these tests can increase student scores substantially and secure them a spot at their dream schools. Whether they’re looking to enroll at the University of Missouri or Kansas State University, students and parents should have a plan for an outstanding college application.

St. Louis has world-famous landmarks, perfect for enriching young minds about the culture and history of Missouri. From the impressive Gateway Arch, raucous Busch Stadium and the wild St. Louis Zoo there’s no shortage of fascinating locations to visit. The St. Louis Arch towers above the Mississippi River at a height of 630 feet and its stainless steel exterior is a shining beacon that celebrates westward expansion in the United States. Visitors can access the arch from inside Gateway Arch National Park (formerly known as the Jefferson National Expansion Memorial), which hosts over 1.3 million visitors a year. Busch Stadium, and the surrounding Ballpark Village, is known for its picturesque views of the St. Louis downtown skyline and Gateway Arch. With a seating capacity of 45,494, the stadium is home to the St. Louis Cardinals. The St. Louis Zoo has one of the largest collections of animals in the nation with an impressive 16,000 animals across its 89 acres. It is renowned for animal research, conservation and education.

Some of the area’s major businesses include famous names such as Anheuser-Busch, Microsoft, Boeing, Panera, Enterprise Rental, Monsanto, Edward Jones and Purina. The booming St. Louis economy, ranked 21st-highest in the country with a GDP of $160 billion in 2016, is propped up by the strong performance of these companies.

St. Louis is also known for their national sports franchises. The St. Louis Cardinals of the MLB are a storied franchise with 9 Central Division Titles since the year 2000 and 11 World Series championships since the team began in 1892. Local hockey favorites, the St. Louis Blues, play in the Central Division of the Western Conference of the NHL. The Blues franchise began in 1967 and they currently play at the 19,150-seat Enterprise Center in downtown St. Louis.

With so much to do in the St. Louis, it can be hard to maintain focus. Club-Z! Tutoring will keep students on the right track with online or in-home tutoring with one-on-one, private instruction and test preparation.


There was an error. Please try again later.